DURHAM—Twenty years ago, third-generation dairy farm owners Jason Wiebe and his wife, Sheri, were looking for ways to supplement their income as milk prices fluctuated, dipping more often than rising.

“There were times the milk prices were so poor, you couldn’t make a living milking cows,” said Sheri Wiebe. Wiebe, a Canadian native, grew up on a grain and hog farm but was surrounded by cheesemakers. Now, Sheri handles the business bookwork, Jason runs the farm and the couple’s 17-year-old daughter has taken a serious interest and role in management of the livestock.

“The advantage of a third-generation farm, he was buying cows at 17. It’s why a lot of small dairies go out; you have to do something other than sell milk if you’re small,” Wiebe said.

When the couple started their cheese-making venture, it began with a “Cheesemaking Made Easy” book and turning out five pounds of kitchen-made cheese at a time. 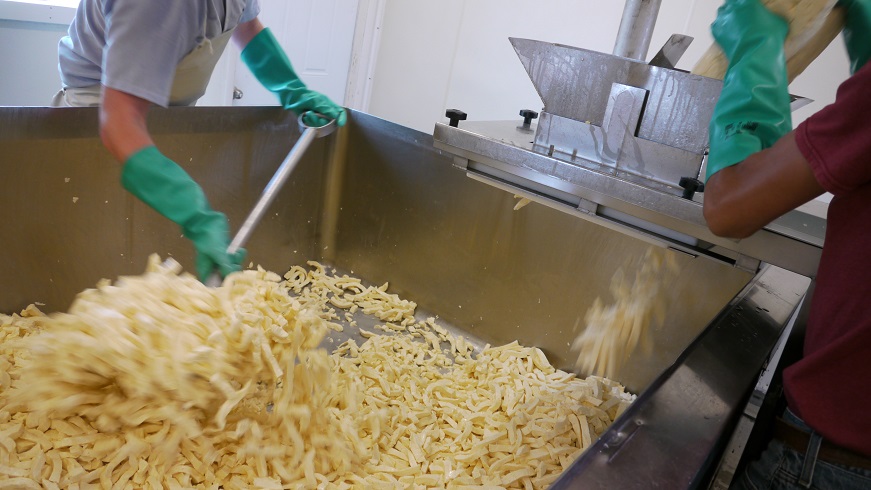 What started off as a side venture quickly took off in popularity. The couple went from making five pounds every weekday and “selling it as fast as we could make it” to moving up to “a big stainless steel pot from the honey industry and making 40 pounds at a time,” she said.

However, demand continued to outstrip the couple’s ability to keep up in their home kitchen. In 2003, Wiebe Dairy purchased a 600-pound capacity vat and began producing pasteurized cheddar.

“I remember at one point, we weren’t sure if we should continue. We visited with someone, who said, ‘If you can use the money to buy groceries, it’s worth it.’ And now it’s our main income,” she said.

Wiebe said, of the farm’s 145 milking herd, “only about 40 percent is used to make cheese, and the rest is picked up.” On average, she said, it takes 10 pounds of milk to make just one pound of cheese.

The secret to their cheese, she said, is “you need high-quality milk. We use Grade A full fat.” The dairy has also changed up its milking lineup, from exclusively Holsteins to mixing in Brown Swiss and Jersey cows. The herd is also kept antibiotic and hormone-free.

“All the cheese milk comes from our farm. We are in complete control over the milk. Once you start hauling milk in, you don’t have control—what they’re doing to keep their milk clean—that’s huge,” she said.

Having total knowledge and control of their milk source and quality, the Wiebes were confident in selling raw milk cheese.

“When we really started, it was raw milk cheese, and we didn’t pasteurize,” she said.

After moving to pasteurized cheeses, Wiebe said there was still a great demand for raw milk products.

“We ship it all over the country. There are some states you can’t make it; that is one of our big markets,” she said.

“My personal favorite is the mild cheddar and colby. It’s a more traditional cheese,” Wiebe said.

Through the business’s growth, Wiebe said, “We’ve gotten to know a lot of people, done a lot of sampling, gone to food shows. That’s been an interesting part of the cheese journey.”

She added the business is looking for someone who would be interested in being part of that journey as a cheesemaker for Jason Wiebe Dairy. 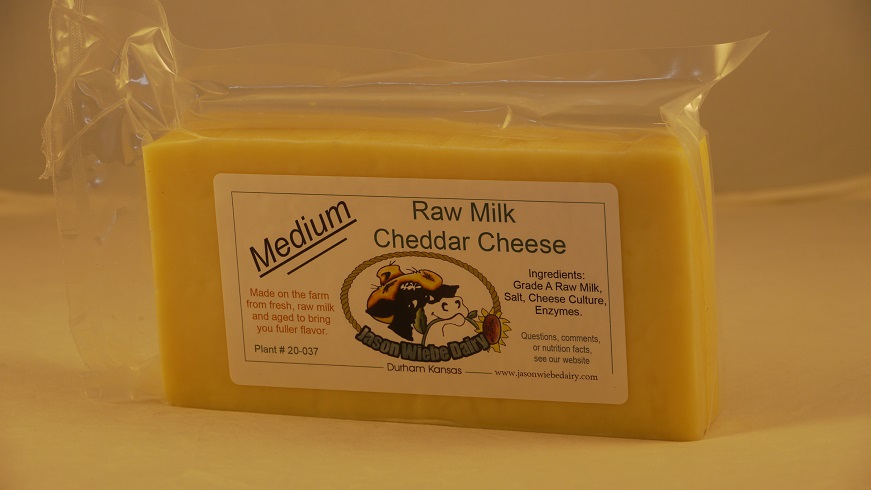 “There is record-keeping with every batch, every step, the temperatures of the milk, everything is recorded. There’s a lot of steps, and they all have to be done at a certain time,” she said.

The cheese itself produces a paper trail, as do the inspections, storage, packaging, shipping and distribution of literally a ton of cheese per week.

Wiebe said the family’s cheese can be found in restaurants, in grocery stores and at farmer’s markets across the state.

“This summer, we did really well in the markets. This Christmas was totally amazing with how many meat markets were doing gift baskets with our cheese, and the news of us gets all over Kansas that way,” she said.