Herington Municipal Hospital’s Hillsboro Health Clinic will close.
The announcement follows questions about the legality of the clinic operating outside of HMH’s geographical charter, as well as a lawsuit by a Herington resident requesting a moratorium on operation of the clinic until it complies with Kansas law.
On Jan. 5, Herington Resident Robert Danzman filed suit in the Eighth District Court, stating that the clinic is operating illegally outside of its charter.
HMH is in part funded by Herington taxpayers, and in turn, the clinic was located 37 miles southwest of Herington—outside of its taxing district and county. The 32-page suit included multiple opinions from the Office of the Kansas Attorney General, clarifying state law and confining operations of such a hospital to within the county or taxing body where it’s located. 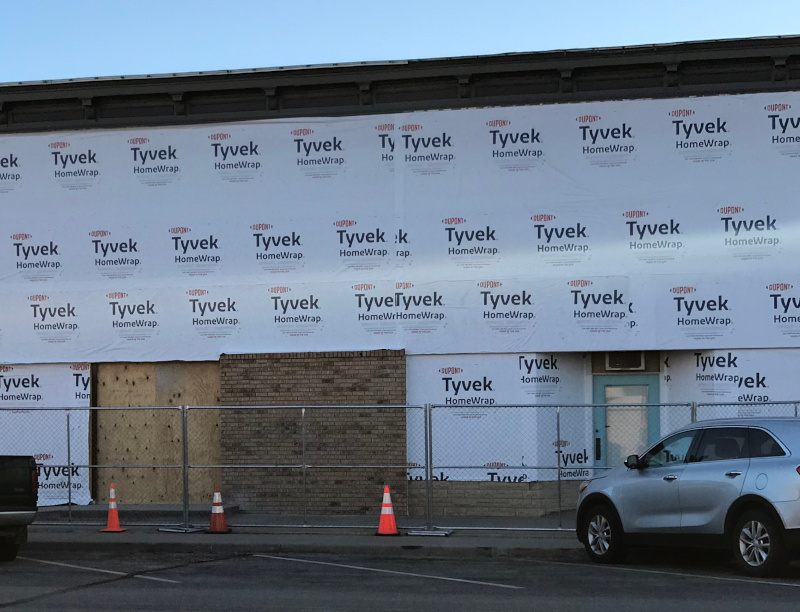 Danzman alleged in the suit that, as a Herington taxpayer, he was being harmed because he was paying to operate a clinic that was operating illegally outside of the taxing district.
“Plaintiff will continue to suffer injury through the continued use by HMH of tax dollars paid by him and other Herington residents to fund HMH’s purchase, construction, build out, renovation, expansion, and operations in Hillsboro, unless HMH is enjoined from spending further tax dollars in Hillsboro,” the lawsuit stated.
It also stated that the City of Herington had not filed the necessary ordinance to allow the clinic to operate in an outside taxing body, also making the operation of the clinic illegal.
The lawsuit asked for an injunction on operations and expansion of the clinic until state laws were followed, a ruling from the court that the actions were illegal, and an audit of the Herington Municipal Hospital, as well as the clinic.
According to the Dickinson County News-Times, the Herington City Council recently voted 3-2 against putting a moratorium on Hillsboro Health Clinic activities.
Despite the vote, that moratorium will be achieved in the closure of the clinic.
For background, in 2019, amid questions of solvency of the Hillsboro Hospital, the Herington Municipal Hospital opened a clinic within the City of Hillsboro. The Herington city-owned hospital then expanded in fall of 2020 and is currently undertaking construction in Hillsboro’s downtown.
The clinic, located at 108 S. Main St, sent out a press release last Monday, stating that on March 31, 2021, it will close and that patients will have to travel to Herington for medical care.
The press release stated that a recent CARES Act law passed by Congress capped payments to rural hospitals from the federal government at $100 per visit, and that made it unsustainable to operate the clinic.
According to discussion at a Jan. 5 Herington City Council meeting, the council was told by a HMH representative that the hospital received $3.4 million in CARES Act funding.
They were also told that net patient revenue represented $11.9 million, a 22% increase on the prior year’s revenue, and year to date had a $311,000 profit.
As reported previously in the Hillsboro Free Press, the clinic wrote a $100,000 check to the Hillsboro Convention and Visitor’s Bureau for a splash pad.
“That money has been moved over to the community foundation, and that is where that money is right now until someone tells us different,” Hillsboro City Administrator Matt Stiles said.
The closure announcement raises the question of what exactly will happen with the clinic and its existing construction in Hillsboro.
Since November, construction has been underway to complete an expansion for the clinic, and it’s currently unfinished. In its current state, it could make for an eyesore in the city’s downtown.
“Downtown, that’s a pretty big deal,” Stiles said. “We don’t want a half-finished building down there that doesn’t have house wrap on it.”
He said Hillsboro city code, however, has tools to ensure that the project is left in a non-blighted condition.
He said the city can abate the building or take it through the municipal court system to ensure that it’s left up to snuff, should it need to do so.
Stiles also reminded people that the closure of the clinic doesn’t mean health care access is no longer available in Hillsboro.
“Their press release made it sound like all of rural medicine is falling around us,” he said. “It’s not the case. Our hospital is still operating. We want people to have faith that will be there if they need it.”